Press release, Darmstadt, 23. February 2022. The German PEN Center is happy to welcome the persecuted Ugandan author Kakwenza Rukirabashaija to Germany. This Wednesday, Rukirabashaija arrived safely here, he is under the care of friends and PEN. 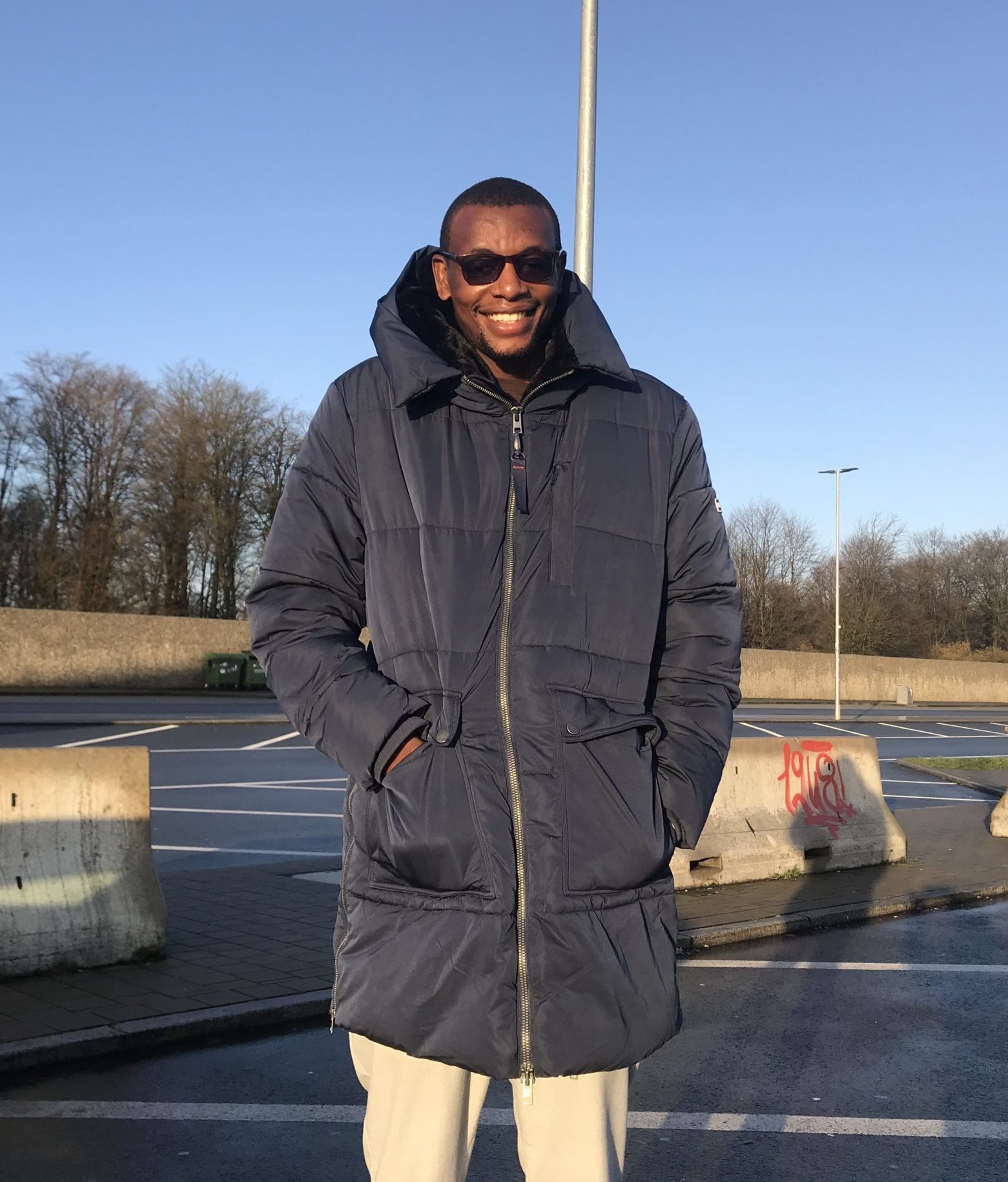 Kakwenza Rukirabashaija on his arrival in Germany
Foto: PEN

Kakwenza Rukirabashaija was brutally abducted from his home at the end of December 2021 by people without ID and uniform and without an arrest warrant. He was held captive for two weeks and severely tortured. According to his own impressions, this happened in a barracks of the Ugandan army in the south of the capital Kampala. He was then transferred to Kitalya Maximum Security Prison. After a court decided to release him on bail, he was abducted again, threatened not to write another book nor talk about his abduction and torture, before he could finally return home.

Prosecutors accuse Rukirabashaija of „disturbing the peace of His Excellency the President of the Republic of Uganda, General Yoweri Kaguta Museveni, without the purpose of legitimate communication“ through his comments on social media. The abstruse accusation is indicative of the character of the Museveni regime.

Since the dubious re-election of the president, who has been in power since 1986, the repression of opponents and critics has increased in intensity and violence over the past year. There are also more and more serious reports of torture. The Case of Rukirabashaija has drawn inter-national attention to these conditions.

After the publication of his bestseller „The Greedy Barbarian“, a satirical tale about corruption in a fictional African country, Kakwenza Rukirabashaija was arrested for the first time in Uganda. Last year he was awarded the international PEN Pinter Prize in the category „Bravest Writer“. After his last arrest, the German PEN Center appointed him an honorary member in January 2022.

In recent weeks, the German PEN Center has worked intensively for Rukirabashaija’s release. PEN President Deniz Yücel said today: „We are very happy that our commitment to our hon-orary member has come to a good end. When authoritarian regimes persecute prominent critics, it is never just about the individual, but always about intimidating entire societies. That is why we see our commitment to Rukirabashaija as a contribution to freedom of speech, in Uganda and around the world.“

The German PEN Center would like to thank PEN International and the friends involved who have contributed in recent days and weeks to freeing Rukirabashaija from the clutches of his tormentors.

Yücel will bring Rukirabashaija to a safe place this Wednesday. He first needs medical care. Once he has sufficiently recovered from the immediate consequences of the torture, Rukirabashaija will speak out in public. PEN will continue to support him and include him as a fellow in its Writers-in-Exile program.