Press release from PEN-Germany on solidarity with Ukraine, insufficient sanctions and false boycott calls. The enemy is Putin, not Pushkin.

Russian autocrat Vladimir Putin has his troops invade Ukraine. All those who die in this criminal war of aggression are Putin’s victims: both Ukrainian civilians and Ukrainian soldiers who defend their country’s freedom against totalitarianism and arbitrariness. The often deceived and always poorly equipped Russian soldiers who die fighting for Putin’s power fantasies and paranoia are also victims of this violation of international law.

The German PEN Center welcomes measures to weaken Russia’s war economy and isolate the Putin regime internationally. If, however, certain banks are exempt from the shut-out from the SWIFT system in order not to jeopardize gas supplies from Russia or to avoid losses for German banks, a fatal and false message is sent: Europe stands in solidarity as long as it does not cost us too dearly.

In view of such inconsistent measures – or the German governments agonizingly slow response to Ukraine’s urgent calls for help with more than words – demands to boycott books by Russian authors or no longer to perform their plays seem even more like symbolic substitute acts. A blanket boycott would also hit the courageous colleagues in Russia who oppose Putin’s unscrupulous tyranny and this war.

If we allow ourselves to be carried away by such reflexes, by generalizations and hostility against Russians, madness has triumphed, reason and humanity have lost. PEN President Deniz Yücel declared: „The enemy is Putin, not Pushkin, Tolstoy or Akhmatova. PEN stands with all people in all countries who want to live in peace, freedom and dignity.“ 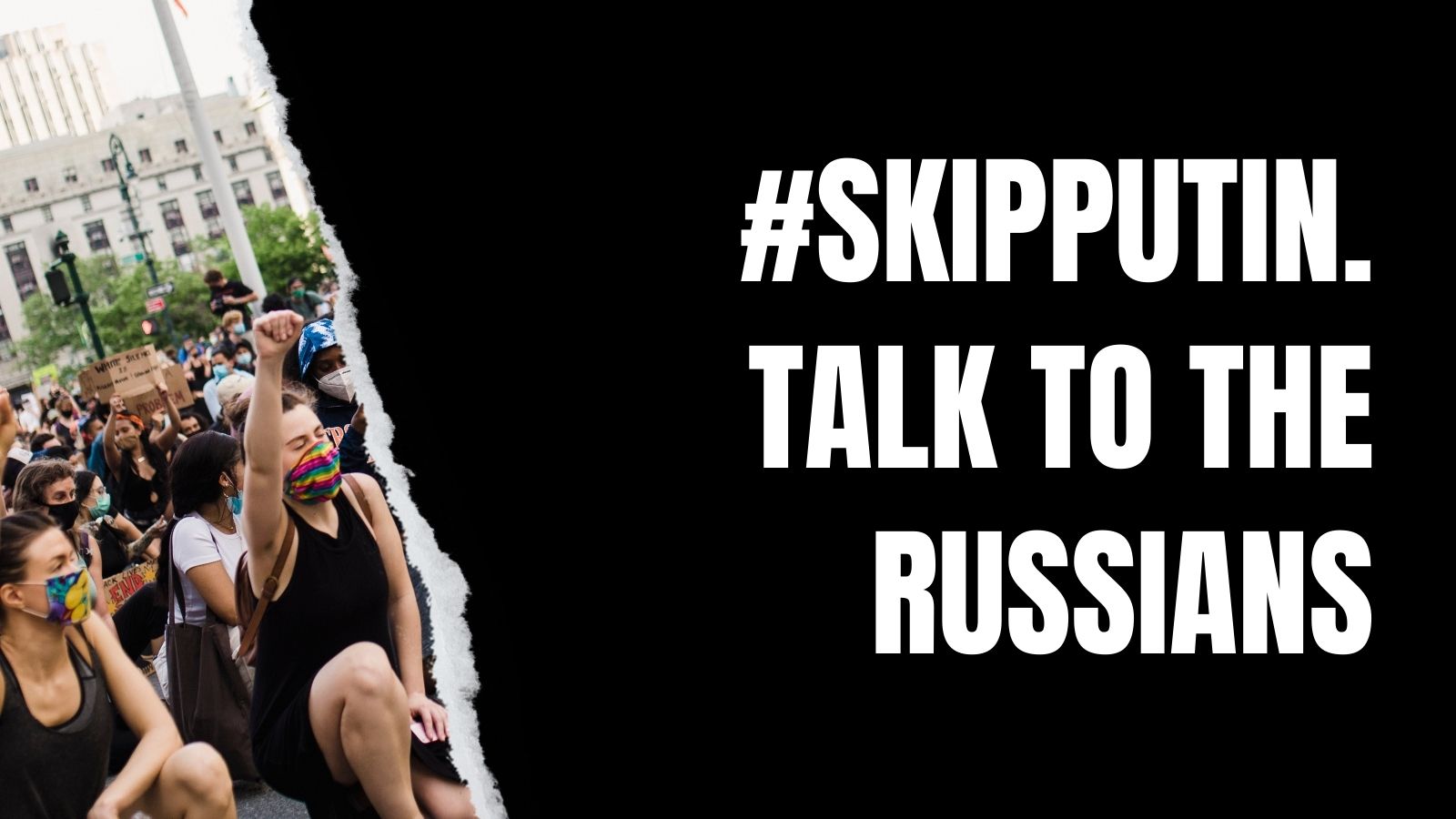 As writers we are appealing to everyone who speaks the Russian language today. To the people of all nationalities. To those who are native speakers. To those for whom Russian is the second or the third language. It does not matter now.

Today the Russian language is being used by the Russian state to ignite hatred and justify the shameful war against Ukraine.

Russian people have been fed lies for many years. The independent sources of the information have been almost entirely destroyed. The opposition leaders – silenced. The state propaganda machine is working with all its might.

But now it is сritical to reveal to the Russian citizens the full truth about the Russian aggression against Ukraine. About the suffering and losses of the Ukrainian nation. About civilians being targeted and killed. About the danger to the whole European continent. And possibly – to the whole of humanity, given the fact of the nuclear threat.

This wrongful war should be stopped.