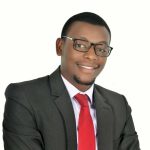 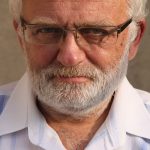 21 July 2020 – PEN International is alarmed by reports that writer, journalist and human rights defender, Narges Mohammadi may have contracted COVID-19 in Zanjan prison where she is serving sentences totaling 16 years for her rights activism. She suffers from underlying health conditions for which she has been denied adequate treatment, further increasing concerns for her welfare. Continue reading →

PEN International protests the four-year sentence pronounced on 31 January 2019 by the Dongbao District Court against blogger and human rights activist Liu Yanli, who has been convicted for her social media posts criticising China’s leadership. Continue reading →

PEN International calls for the immediate and unconditional release of poet, lawyer and independent journalist Roberto de Jesús Quiñones Haces. In April 2019, he was detained while he was covering a trial for news website CubaNet. Quiñones Haces was released five days later and fined for conduct during his detention allegedly constituting ‘disobedience’ and ‘resistance’. After refusing to pay the fine, he was sentenced to a prison sentence of one year on 7 August and detained on 11 September 2019. During his imprisonment, Quiñones Haces has developed health problems due to the conditions of detention and, according to the writer’s relatives, he is particularly at risk from Covid-19. Continue reading →