The Writers-in-Exile Programme of the German PEN Center provides grants for writers who face persecution in their home countries. The German government finances this special program. The unique aspect of the program lies in the fact that we PEN members share the bond of our common profession. This bond is strong no matter what country the scholar had to leave behind. To our writers who are persecuted, mistreated, jailed or even tortured in their home countries we want to offer refuge in Germany. On their way into a new life away from their homes, we reach out to them in companionship.

We provide our scholars with a furnished apartment, a monthly stipend and health insurance for one or two but no longer than three years. During this time, we protect and advise our refugee colleagues. While we give them a short breather to recover from some of the trauma in their countries, we encourage them to continue their work as writers as soon as possible.

Writers do not write to bury their works in drawers, but for an audience. Therefore, we organize readings, arrange for translations, mediate contacts with editors and publishers and publicize their writings in anthologies. Thereby, the anthology Zuflucht in Deutschland. Texte verfolgter Autoren (Refuge in Germany. Texts of persecuted authors) will be published by S. Fischer in spring 2017 and feature works of many authors.

We try to never miss an opportunity to introduce the scholars to their German colleagues for professional exchanges. The writers in exile receive invitations to literature festivals and we recite their writings in the German language so that their work can become known in Germany.

Dependent on their countries of origin, the authors may speak a little English or French. However, many only speak their native tongue. So we encourage them to start learning the German language as quickly as possible, and regularly attend the German courses sponsored by the Goethe Institute. At the end of three years, the writers in exile should be able to find their way around in this country still foreign to them. Many of the scholars wrestle hard with the question whether they should apply for asylum. Most of them want to return home just as soon as the conditions have settled down in their home countries.

Eight scholars – in these times of hundred thousands of refugees! This sounds like a drop in the ocean. Still, these are eight lives. Every one of these eight lived through horror and left behind everything dear and familiar. Many are under tremendous psychological stress. They need professional help to rein back the agonizing images in their minds and keep these images from taking over their entire outlook on life. Thanks to the large network of volunteers, psychologists, trauma therapists, specialized lawyers and tutors who help with things like the first shopping excursions, we come closer to our goal of healing outer and inner wounds. Nothing makes us happier than seeing a person who came here bitter, tight-lipped, distrustful and full of rejection suddenly show the spark of his or her buried personality. We love to see the spirit coming alive in a person’s eyes again and see the joy of life returning to gray faces. Every time this happens – and it does happen quite often – we feel fulfilled.

So we often find new friends from all over the world who we dine with, who make us laugh and criticize us. Every now and then, our new friends aggravate us because they are stubborn and insist on their own ways. They bring the world into our homes and allow us to share in what might have seemed strange and inexplicable to us before. Therefore, we’re thankful because it broadens our mind.

Sponsored by the Federal Government Commissioner for Cultural and Media Affairs 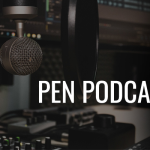 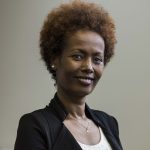 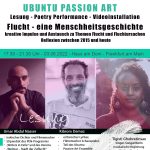 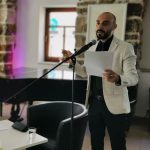